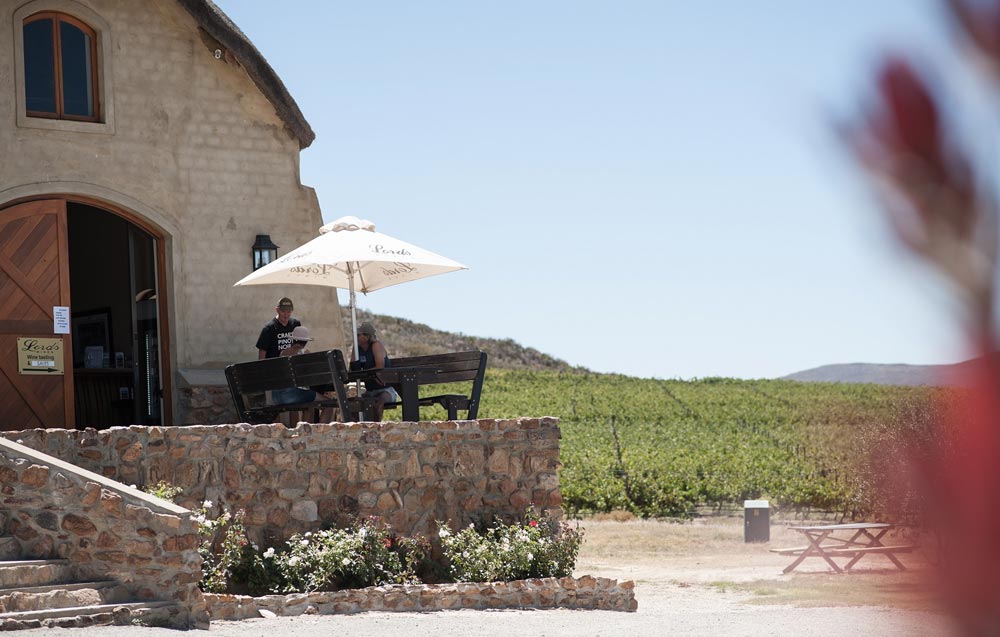 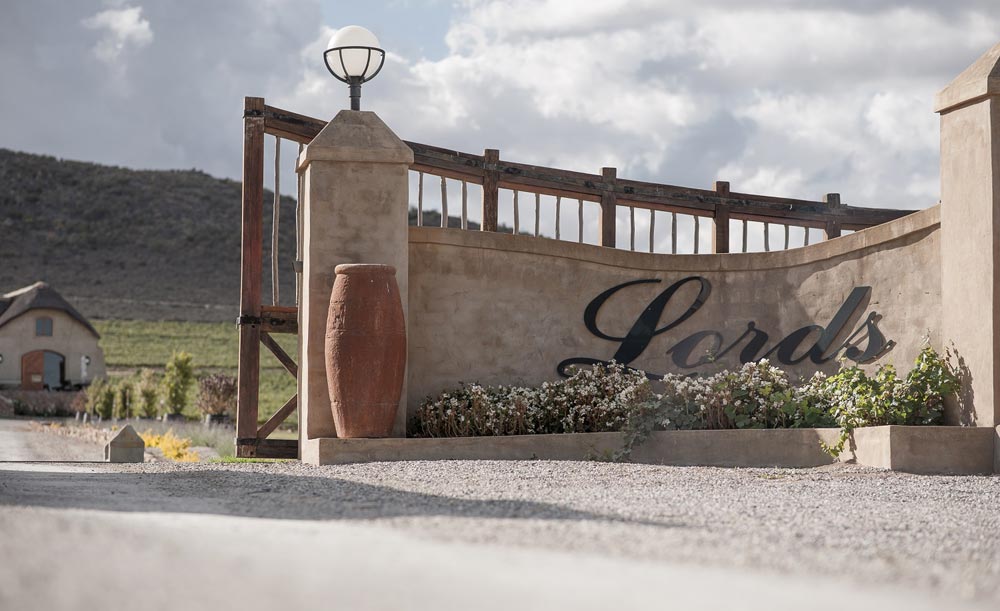 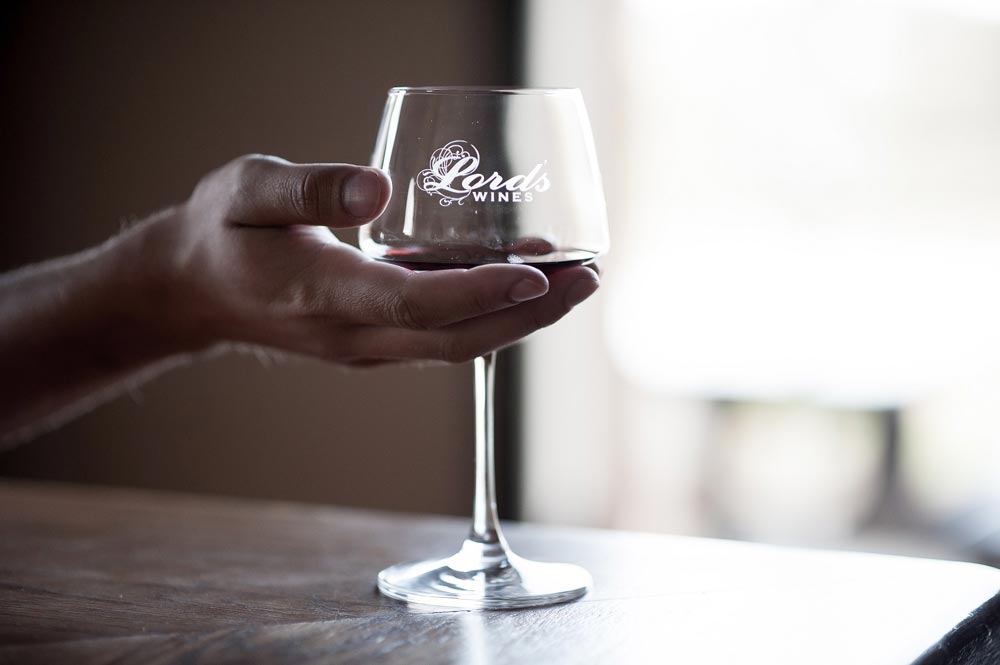 Address: Lord’s Winery, 10km from McGregor ( continue with Voortrekker road through the village and on, upwards toward the distant mountains.)

Many wineries in the Robertson region can boast picturesque settings, but few would dispute that Lord’s would take first place in such a contest…
Perched high on the slopes of the Sonderend mountains north of McGregor, the inviting thatched cellar is reached through a substantial entrance, the driveway leading to plentiful parking. Surrounded by vineyards, backed by slopes filled with fynbos and hectares of proteas, the scene captivates at every season. Once settled on the terrace with a flute of their brilliant brut rosé, there’s time to take in the sweep of the valley to the south and east, where the distant backdrop of the Langeberg range bounds the broad valley in misty hues.
The Oosthuizen extended family dominates farming here, with fruit, vegetables, flowers – and more recently – wine. Some 12 years back, Jacie Oosthuizen persuaded a few friends to join him in his wine venture. He had identified 13 hectares of cool terroir, at 500 metres among the highest in the region, where he planted pinot noir and chardonnay, built his cellar and launched the maiden vintage of Lord’s in 2006.
Today Jacie still retains positions of viticulturist and cellarmaster but the next generation has come on board to handle marketing and sales. Which is just as well as the range has grown as the vineyards and numbers of cultivars expanded, while a new tasting room and barrel cellar is being built to accommodate the increase in both visitors and production.
As locals know, Lord’s is tops when the Robertson Wine Valley hosts one of its five annual festivals, opening its doors to offer warm hospitality, entertainment and great value for money. There are cheese platters for sale to complement tastings. And, as is evident by the ever-increasing number of gold and silver stickers on the bottles, the judges of every wine contest in the country are finding winning quality in all of Lord’s labels.

TO TASTE AND BUY
Two Cap Classiques, both delicious, collected a fistful of awards last year, including platinum, double gold, gold, silver, and top place in six of South Africa’s national wine contests. The Brut Rosé non -vintage is an all-pinot noir affair, while the Brut MCC is a classic blend of pinot noir and chardonnay.
And that’s just the start: The 2017 Sauvignon Blanc made it to the Top 20, while the 2015 Chardonnay , a gold award winner, is now replaced by an even better 2016, gently wooded, offering classic flavours of nut, buttered toast and citrus. The popular rosé, a pinot noir gem, is forerunner to its classic cousin, and there’s a funky craft version to try as well. Red wine lovers exclaim over the regular and limited release Three Barrel shiraz which proves that the high slopes of Lord’s vineyards can nurture a range of varietals with flair as admirable as the panorama they offer the onlooker.
Travellers can stay over at Lord’s Guest Lodge on the hill above McGrregor where they will savour another stupendous view as they sip on Lord’s wines before and during their meal.

STOCKING UP
Visit the farm or buy online through the website.

“At Lord’s we aim to produce award- winning wines to international standards. Our hearts and hard work can be tasted with every sip.”