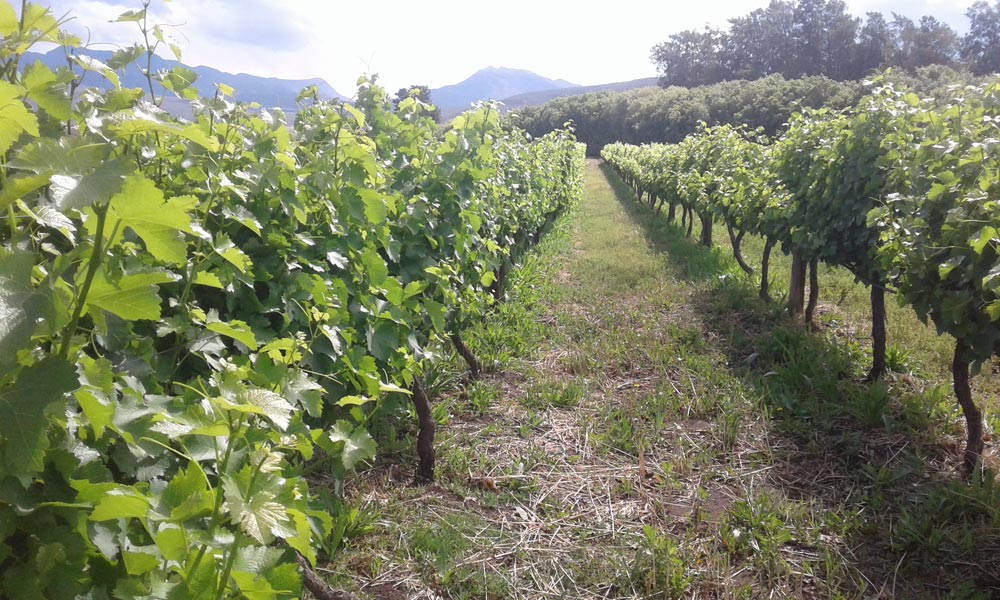 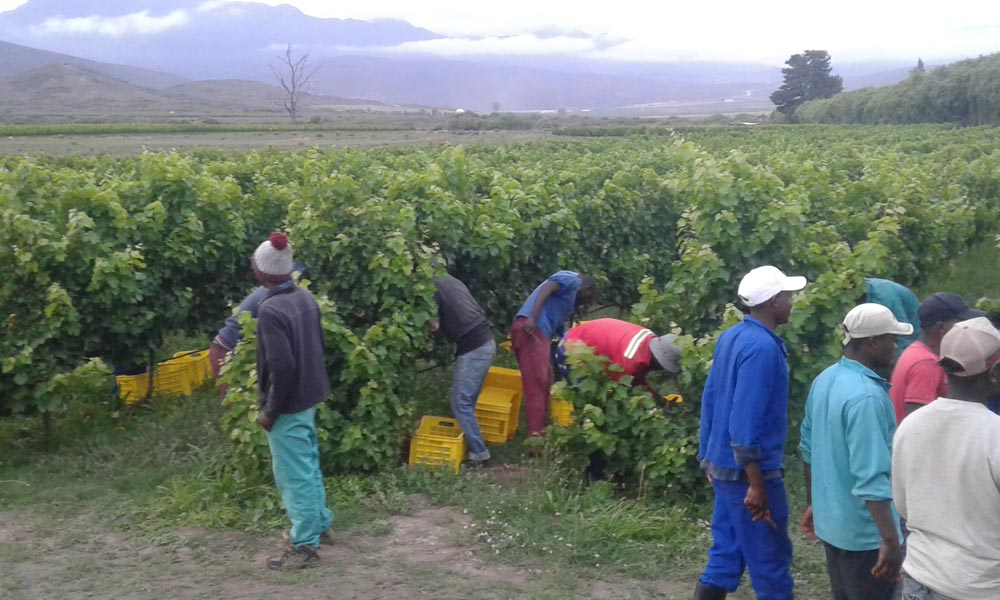 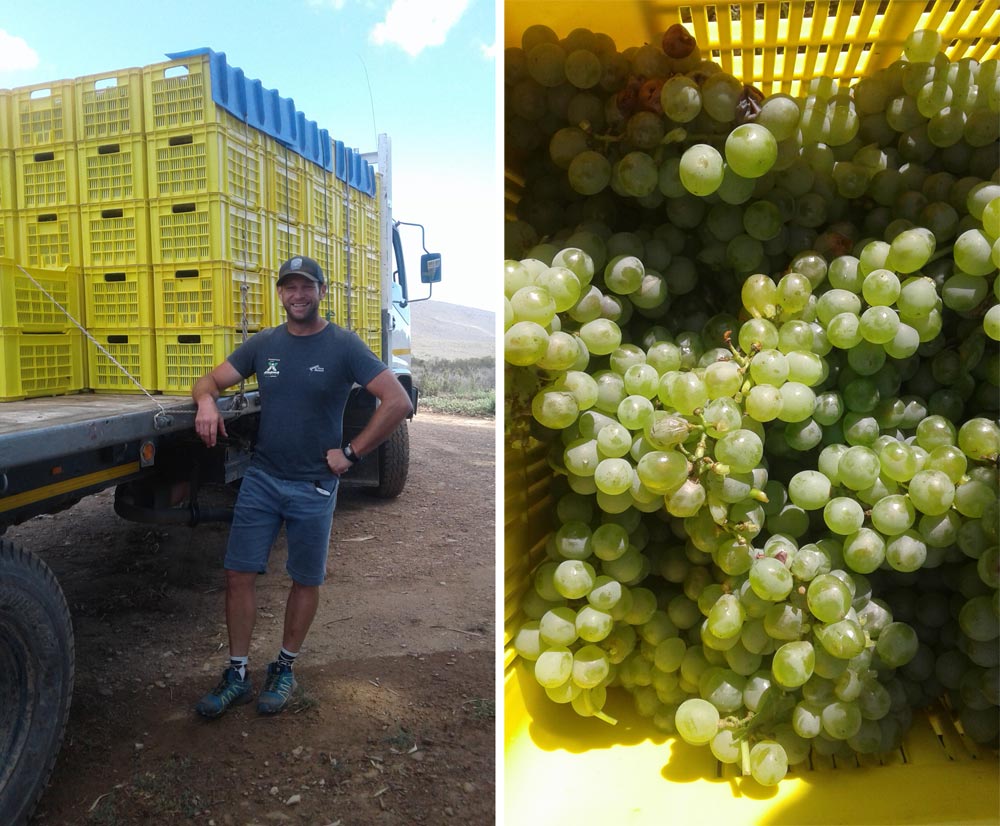 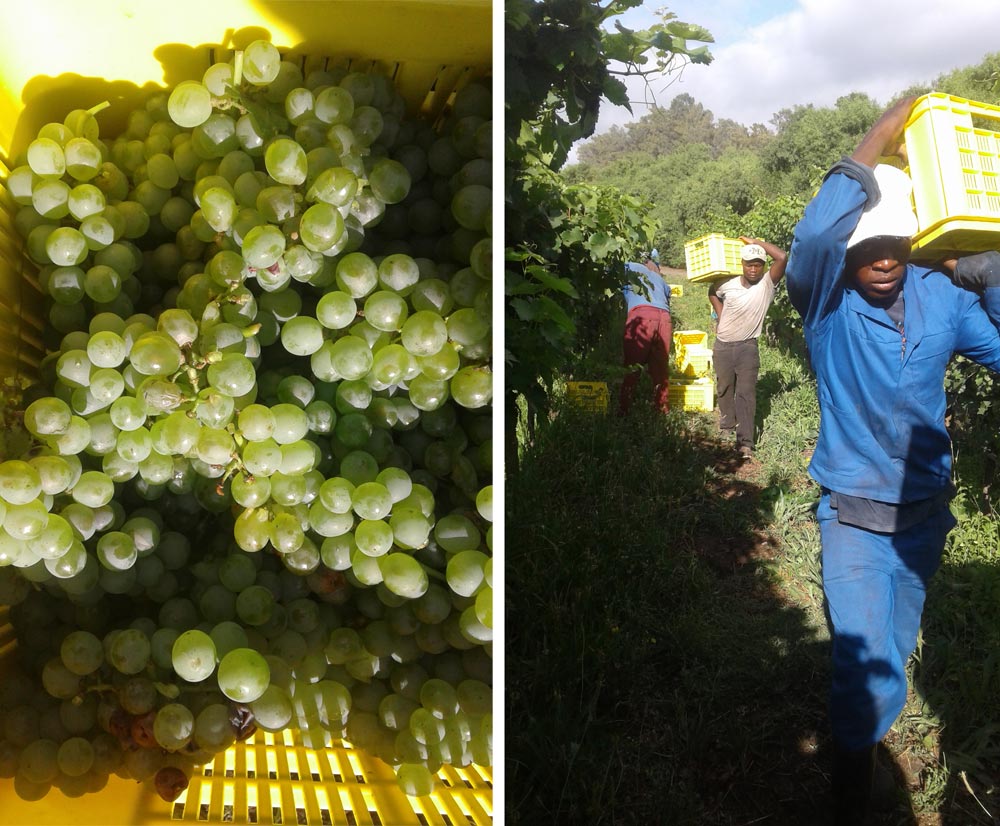 Opening hours: Houtbaai farm is not open to the public. Tastings are offered, on request, at Grape De-Vine Wine Bar in McGregor village, qv. and at Arendsig

Hout Baai is a beautiful boutique wine farm just beyond McGregor, situated in a high valley surrounded by the Sonderend mountains.

When Patricia Werdmuller von Elgg bought the property back in 2002 rundown buildings were surrounded by neglected vineyards and orchards. Dedication, perseverance and continuous hard work have transformed the farm. Along with the addition of kennels and paddocks to house stray and abused animals from the district for care and rehabilitation. Moreover by organic practice she has established a nature reserve in which both fynbos and vineyards thrive, along with a host of wild animals, birds and insects, inhabit or visit the territory. Camera traps have been installed which regularly yield portraits of nocturnal visitors like bat- ear fox , caracal , buck and most of the local species. Perches for predator birds are well-used, balancing the rodent population in the vineyards

In order to ensure environmental integrity and the protection of the planet and all that lives on it, Pat embarked on the demanding and pricey venture of transforming Hout Baai into a fully certified organic farm, which saw both land and outbuildings revamped to meet the exacting standards of the European organic auditors who annually inspect, approve and verify the premises. The farm fully organic since 2005 is the only internationally certified organic wine farm in the McGregor valley.

Patricia was fortunate in having the pro- conservation ROOIBERG WINERY of Robertson accept her first harvest of Sauvignon Blanc grapes for their own production in 2004 .When in 2009 the ROOIBERG customer WOOLWORTHS visited HOUT BAAI FARM , a result of Patricia’s connection with WWF, and showed interest in having an organic addition to ROOIBERG’S spumante range made for them , Patricia was able to motivate the organic certification of their cellar using her own certifiers SGS and its associate LACON of GERMANY. This Led to on going wine production for WOOLWORTHS from both her SAUVIGNON BLANC & PINOTAGE single vineyards .

In 2014 Patricia decided to establish her own brand SOLARA ORGANIC WINES . Two excellent vintages 2014 & 2015 were made at ROOIBERG . In 2017, however in the interest of specialising in the handcrafted production of wine to enhance HOUT BAAI’S unique terroir , she joined forces with ARENDSIG HANDCRAFTED WINES to use part of her vineyard’s production to take the SOLARA BRAND a step further. The latter is a boutique cellar on a farm near Bonnievale on the southern foothills of the Robertson Wine Valley. Fifth generation farmer and cellarmaster Lourens van der Westhuizen, is widely regarded as the most talented winemaker in the Robertson valley specialising in single vineyard wines. Solara organic wines are now made at Arendsig and the cellar also undertakes the marketing, advertising, sales, accounting, export and delivery of these products.

Marketing and brand manager Colyn Truter is the person to contact for more information: his mobile phone number is +27 82 4979 670 and email address is: Colyn@colyntruter.com.

HOUT BAAI FARM ROBERTSON WINE VALLEY
www.solarawines.co.za
GPS 33°57’37.17s 19°48’57.79E
The first wine to flow from this new partnership is the 2017 vintage of SOLARA Organic Sauvignon Blanc which has just been released to enthusiastic acclaim from all who have sampled its unique and irresistible appeal

WINES FOR TASTING AND FOR SALE
Wine lovers can sample the Solara Single Vineyard organic sauvignon Blanc 2017 at Grape De-Vine Wine bar in McGregor and at the Arendsig tasting room . It is a wine that expresses not only its pampered terroir in a nature reserve but the careful harvesting and minimal processing that have produced impressive results. Fragrant aromas are followed by a blend of fruit behind which a core of minerality adds firm structure. Fresh with both, length and breadth, this delicious sauvignon blanc should not be missed.

STOCKING UP
Along with Arendsig and Grape De-Vine wine bar in McGregor, Solara wines are stocked by La Verne wine outlet in Robertson and Wine Concepts Newlands , as well as numerous outlets established by Arendsig countrywide & internationally .

“I am delighted to have produced together with Arendsig Winery admirable organic wines from our registered single vineyards in my nature reserve in the foothills of the Riviersonderend mountains. Both the soil, alive with organisms and the creatures that shelter there combine to produce the naturally balanced environment in which our nutured vines thrive.”